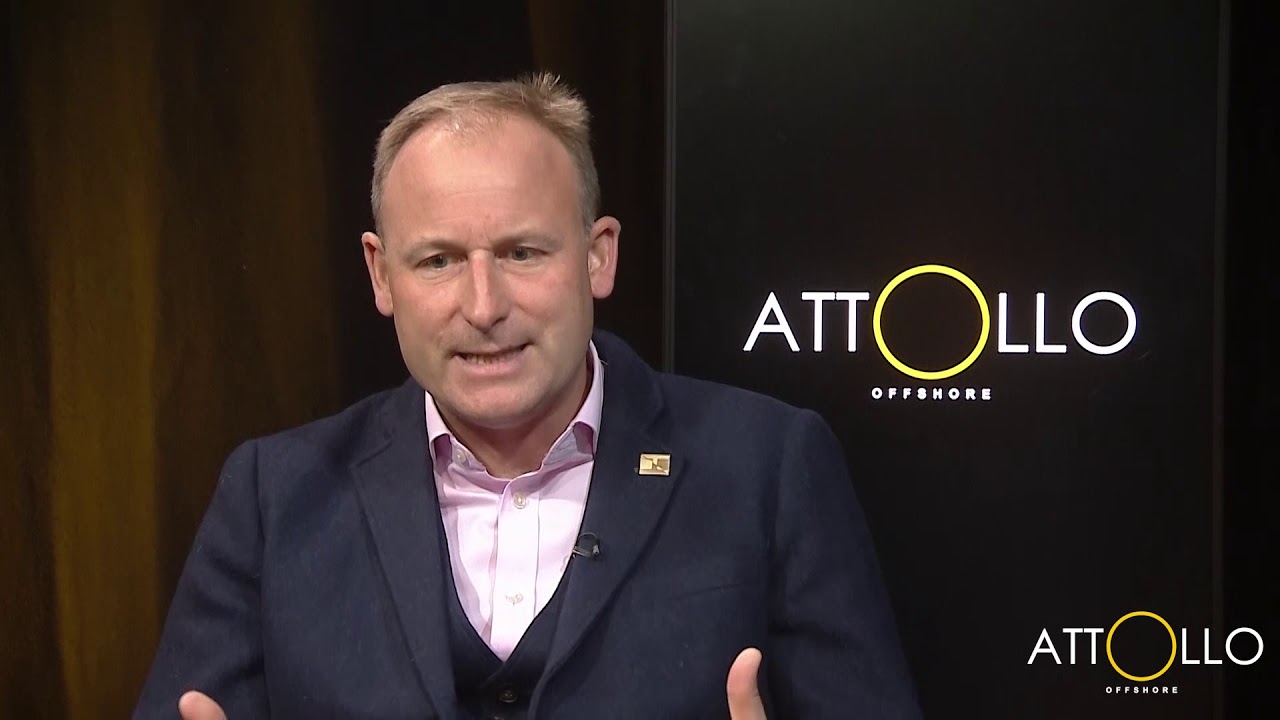 Michael Hayman: Hello, and welcome to the Attollo Conversations with me, Michael Hayman. It's the interview series shedding light on technology, disruption, and what's next for the energy industry. If you're in the business of taking on tradition, then this is the show for you.

Michael Hayman: My guest today is Gavin Poole, who's story has taken him from the forces to the front line of innovation. A CEO of Here East, he oversees some 1.2 million square feet of innovation space. It counts Ford, BT, two universities and many, many tech businesses as customers. He says that the diverse bunch is bonded by the belief that tech makes the world a better place. Gavin, welcome.

Michael Hayman: Now, I'm going to start off with a quote if I may. You said that the thing about engineers is we always break things down into how you solve problems and mitigate the risk. Now, this seems to be a world which is talking a lot more about opportunities than risk. Is the world of engineers still got its place, do you think?

Gavin Poole: Absolutely. I think actually there's been a resurgence from what I see about the role of engineers. We're starting company's, leading company's. I think people get too caught up about engineers are always about risk mitigation, reasons you can't do something, someone's got procedures you must apply. That's fine. But, actually if you don't deviate from that and you don't push new frontiers and you don't challenge the norm, you'll never see innovation and you'll never see new things which are actually going to help change the face of society.

Gavin Poole: From an engineering point of view, and I am an aerospace engineer, I've always challenged that all the way through my working career.

Michael Hayman: You see engineers as part of that opportunity culture as well?

Gavin Poole: Absolutely. Ultimately the engineers are the people who put things together, make things work. Whether you're beautiful architects who are designing and looking at what is the future of workspace or buildings or infrastructure in cities. Ultimately it comes back to engineering to take those ideas and bring them together. What you're starting to see is a melding together of these great professions. I think the professions are beginning to rise up again, having been dumbed down for many years.

Michael Hayman: Now, you're running the most phenomenal sort of home to innovation. A massive sort of cauldron of company's working together, really a sort of great experiment in innovation in of it's own right. What does the future hold, and why does that matter?

Gavin Poole: Well, I think people look at us and at first glance for the uninitiated they go, "Well, it's just a big bunch of space, they have property too, just letting space and filling it with a nice marketing story." That's further from the truth, really, because the team, we don't have a property background. My estates directors got a retail background. My COO at MD, the innovation centers got a telecoms and a legal background. Of course, I'm an aerospace engineer.

Gavin Poole: We're doing things differently. We're challenging the norm. What we do though is when we bring company's in, and we really do seek the right types of company's to come in, is we sit down and really understand their business. Try and understand okay where are you taking this. What are you trying to do which is new? Actually, have you thought about meeting these businesses or this company or this program. Trying to get people involved.

Gavin Poole: We shied away from the word campus early on. We thought it too university and grad sort of major. But actually everybody calls it the campus because it has got that homely community feel.

Michael Hayman: Because it's epic in scale right. It's not the sort of thing you usually associate with the UK is it?

Gavin Poole: It is large. It's 1.2 million square feet so it is a big, big place. But actually now we're looking at going, we haven't got enough space, because it's got so many interesting company's in there doing so many interesting things. How can we get this bigger, how can we make more space?

Michael Hayman: Does that innovation culture that you see, I mean is that nurtured in any way, or is that just an organic reaction to putting a lot of bright people together?

Gavin Poole: Yeah. Ultimately we'd like it to become organic and self fulfilling. It takes quite a lot of work because people, it comes back to that point about engineers and mitigation, it's what they're seen as. It takes quite a lot of work for people to move into an environment where there should be a freedom of expression, freedom of thought, freedom of exchange of ideas. We spend a lot of time introducing, sitting down with leaders of the businesses, putting on events, where we can bring the community together and say challenge their own thinking. Get them talking about what we've just presented to them.

Michael Hayman: Right. When sort of a sector like energy, renewables, oil and gas. These sorts of parts of the economy that are thinking about what's next for innovation, what's the learning from here each do you think for these people?

Gavin Poole: I think it's the application, and not knowing the energy sector hugely well. But, what I do know is that we've got two company's which are scaling within our innovation center both in the energy sector. Already they are now in multiple countries with a multiple client base, and don't shy away from innovation. Don't look at, okay, this is how it's always been done before.

Michael Hayman: But what stalls it? When innovation goes wrong are there things to look out for?

Gavin Poole: I think failure is seen as just as that, it's a failure. We look at it as a way of okay, right, that didn't work, what did we learn? Let's go this way. I think that's something I got from my military background. We used to work with other military services from around the world and they had a different view on trying things, not quite working, doing something else.

Gavin Poole: Now often that's quite challenging when you have those two sort of ideals coming together, but I think from different sectors it's don't be afraid of experimentation. Let's not call it failure, let's call it experimentation and learning.

Michael Hayman: Is that the key, that actually you've got to recast failure?

Gavin Poole: I think so, yeah. When you look at some of the work we've got going on and organizations we have. Our robotics institute. I walk in there, they're crashing drones, they're driving things into walls, they're smashing up hydraulic arms, just because they're pushing the frontiers of what could be working. Now, these are things which are quite dynamic, but also down two microns of measurement. Why shouldn't we just experiment in this type of environment, which allows you to take these products out into the world. I think that's what's really important. Have the space. In the same way we say R&D budgets should be a percentage of your revenue, same way, let people experiment and try new things.

Michael Hayman: The optimist Gavin Poole. His message? There's nothing two dimensional about failure. To take on the norm and try new things. At Here East he's proving that if you build a home for innovation, it will flourish. I'll see you for the next addition of the Attollo Conversations.