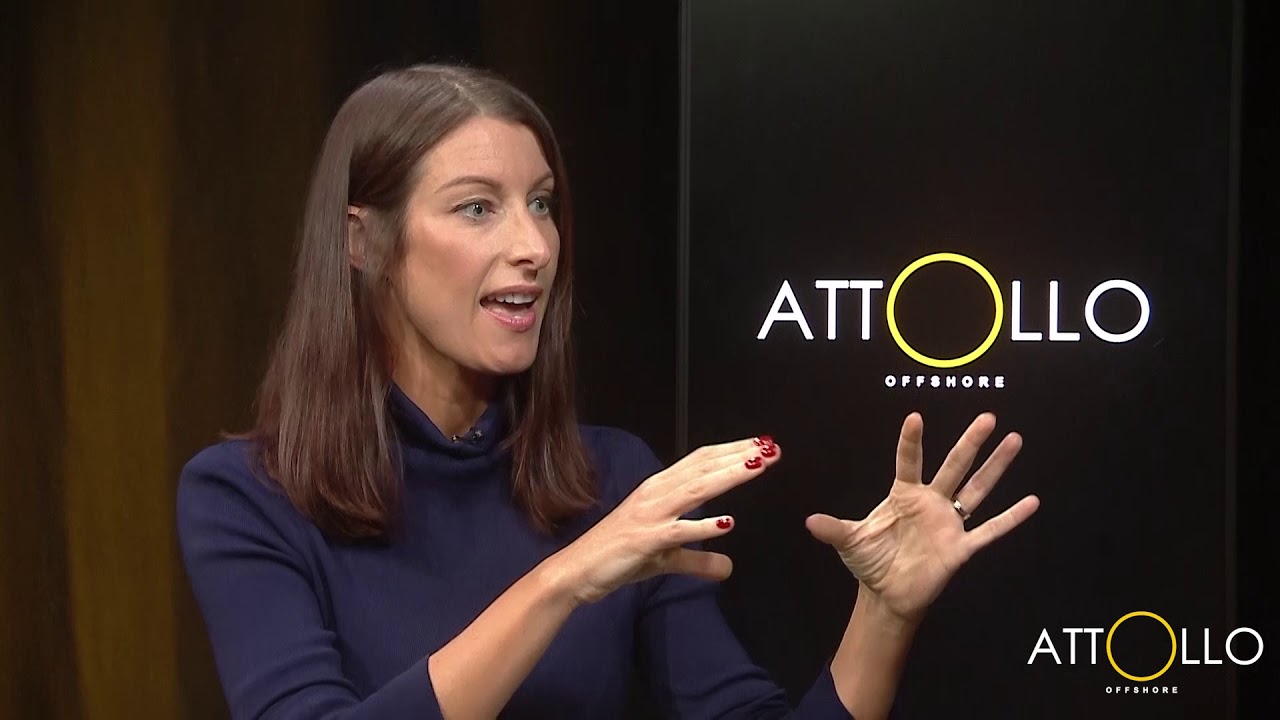 Michael: Hello, and welcome to the Attollo Conversations with me, Michael Hayman. It's a series shedding light on technology disruption, and what's next for the energy industry. My guest today is Kim Atherton. As Chief People Officer over energy, she scaled the first Growth Energy Supplies Team with a mission to be a positive force in the lives of its customers and its teams alike. Every day is a school day, although it's part of our culture to challenge and learn Kim says.

Kim. Teach us something there. What's the Ovo secret?

Michael: And it's seen as one of the big sort of energy disrupters. If you give a sense of the magic. I've seen you talk about this, sort of the startup culture. What is that?

Kim: So I think it's easy to say this and feel quite trite, but we were born out of a purpose. And having a very, very strong purpose and values, it sounds really cheesy, but for our particular, we base who are typically millennials average age 26. That's really, really, really important to them. So that's certainly the kind of I guess the foundation.

Kim: And then we have done everything we can to retain the culture that we had as a startup. So, wherever possible, we have a distribution, the decision making to our employee base. And we have a very robust debate with our employees. We still communicate with them a lot, and we try to retain the essence of a startup.

Kim: I don't know it's a formula as such. I think that there are certainly conditions that you can put into place as you scale. And also, I mean people look at startups with where it's a dispatch cause and I know I do, but there are also some negatives that we can try to avoid.

Michael: So it's all what ... Give us an example of one of those.

Kim: So I think that in the early days, we wanted to be very agile and very nimble, and so we wanted to pivot and be opportunistic, which was fantastic. What we didn't do enough was to re-prioritize in light of the wider strategy, so that our people understood that there was an overarching plan, but then we did want to be opportunistic as well.

Michael: Right. The hard right into the company's mission was to disrupt the energy sector. Why was it right for the disruption that you sought?

Kim: So when we first launched nine years ago, we were one of the first actually, believe it or not now that there are so many new entrants in the energy retail space, but we were one of the first. And, at the time, the big six really did have an enormous market share. Not many people were switching. And yet the consumer appetite for something different was there. So, to start with Ovo launched very much as an alternative to the big six. And actually we've seen such huge competition in that space that we've re-pivoted to being much more of an En Tech business.

Michael: Do you feel that the wider energy sector has got the message in terms of the importance of innovation? Has it got better alongside you?

Kim: I think so. I think there's definitely examples. So one of our competitors, Centrica, I think are pretty good in the innovation space, and I think there are some exciting smaller companies doing some great things. But I think that fundamentally, there are a lot of the bigger energy companies, they have certain targets to meet, they have certain shareholders to keep happy, and that can sometimes mean that they drive for ... less for investment in new technologies.

Michael: Now you've taken the learnings of the culture and you've started to think about turning it into a software product. Tell us a little bit about that.

Kim: Sure. So, as we scaled Ovo, we wanted to retain our innovation and as I mentioned, distribute the decision making to make sure that we were instead of being like a tanker, we're more like a flotilla of small ships, able to really pivot and to ride out those waves. So, we looked at different models and came across the Spotify organization or design, which was to break up the big silos into cross-functional teams that are very much organized along the customer journey. So, for example, you might have a group of people across different functions coming together to say how do we build-

Michael: Right. But presumably a lot easier if you're a startup to take on a Spotify model than if you're a large sort of established player.

Kim: Yeah. So at this point we were medium sized. We were about 1400 people at this point. We found that once we moved to that model, we didn't have the conditions for transparency that really, really allowed us more to really, really sing. And so we bought a piece of software that essentially is a goal-setting and alignment tool for use in this cross-functional world. So, we set up the strategy very clearly, and then we set up the three current priorities and the software's called Just3Things.

Michael: Right. So give us ... I don't know if we've got time for three things, but we're right at the end, but if you're to think about an innovation culture, something that an organization could do now to get it right, what would be your final thought?

Kim: So I think my top three things would be hire for agility rather than skills wherever you can. So, that ability to take on different rules. And distribute the decision making. And pay more attention to the values and the meaning.

Michael: Kim, we got three in. I thought we might only get one in. Thanks very much indeed.

Michael: Kim Atherton, Chief People Officer of Ovo Energy there. Now, for Kim it's all about the culture; how you capture it and how you take it forward as you scale. Maintaining that startup drive or the Spotify model, as she called it. Now that's key. And keeping agility and focus at the core of everything you do is how you turn a mission into a reality.

I'll see you for the next edition of the Attollo Conversations.